The history of Torre del Nera

AN EXPERIENCE BETWEEN PAST AND PRESENT

THE HISTORY OF TORRE DEL NERA

AN EXPERIENCE BETWEEN PAST AND PRESENT

Schiaginum was the old hamlet built during the twelfth century as an outpost, and a strategic and economic centre near the Duchy of Spoleto.
The inhabited nucleus of the village “Capo la terra” developed from the 13th century around the fortress: it is still possible today to admire the structure of the medieval castle, protected by triangular walls and a square-plan watchtower.

The public administration, together with some entrepreneurial bodies have developed a virtuous project for the conservation of the artistic and architectural wealth of the place.
The project allowed Torre del Nera Albergo diffuso & Spa, to be in harmony with the authentic atmosphere of the village, still today alive and inhabited by its citizens, without obscuring the magic of the ancient vestiges. 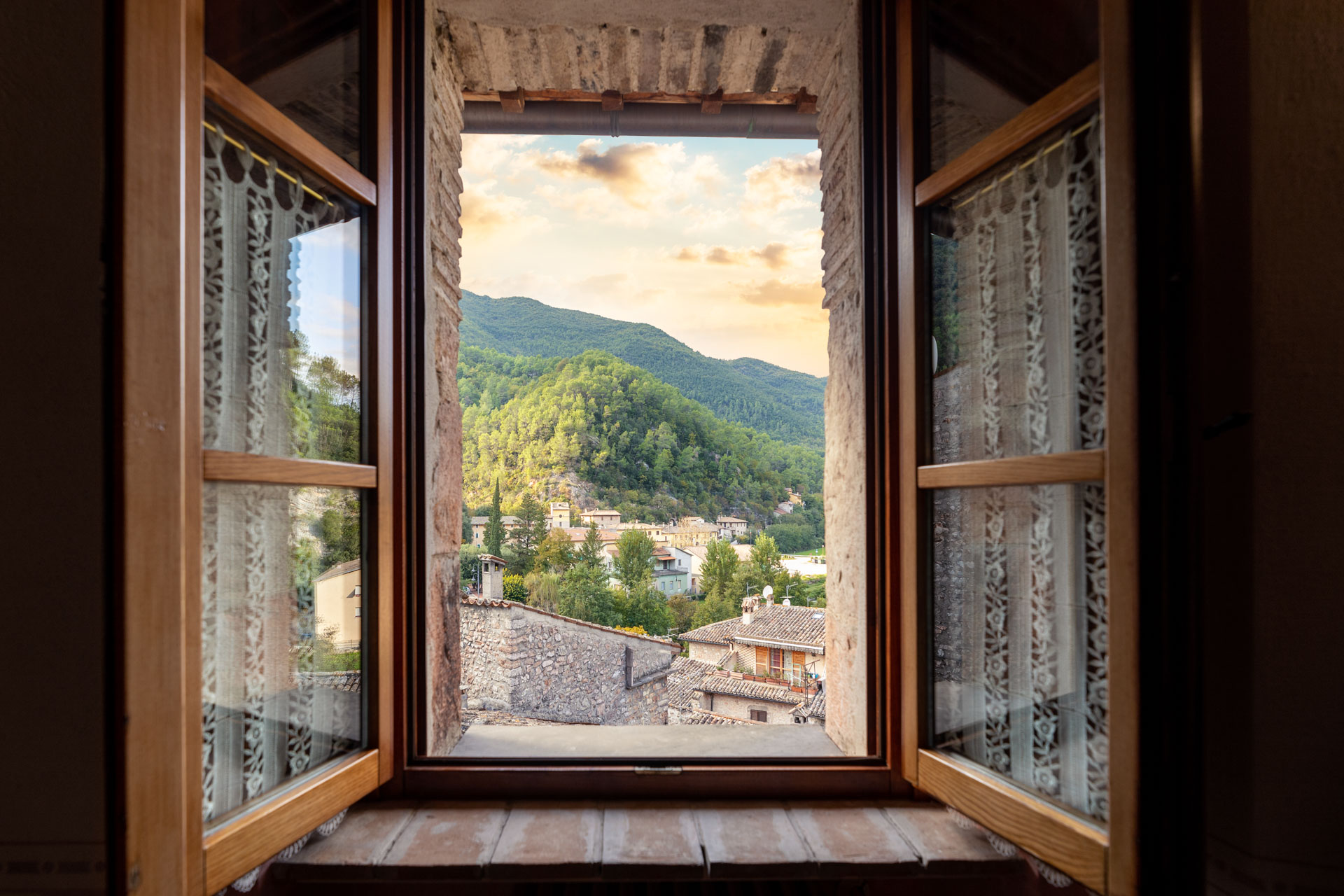 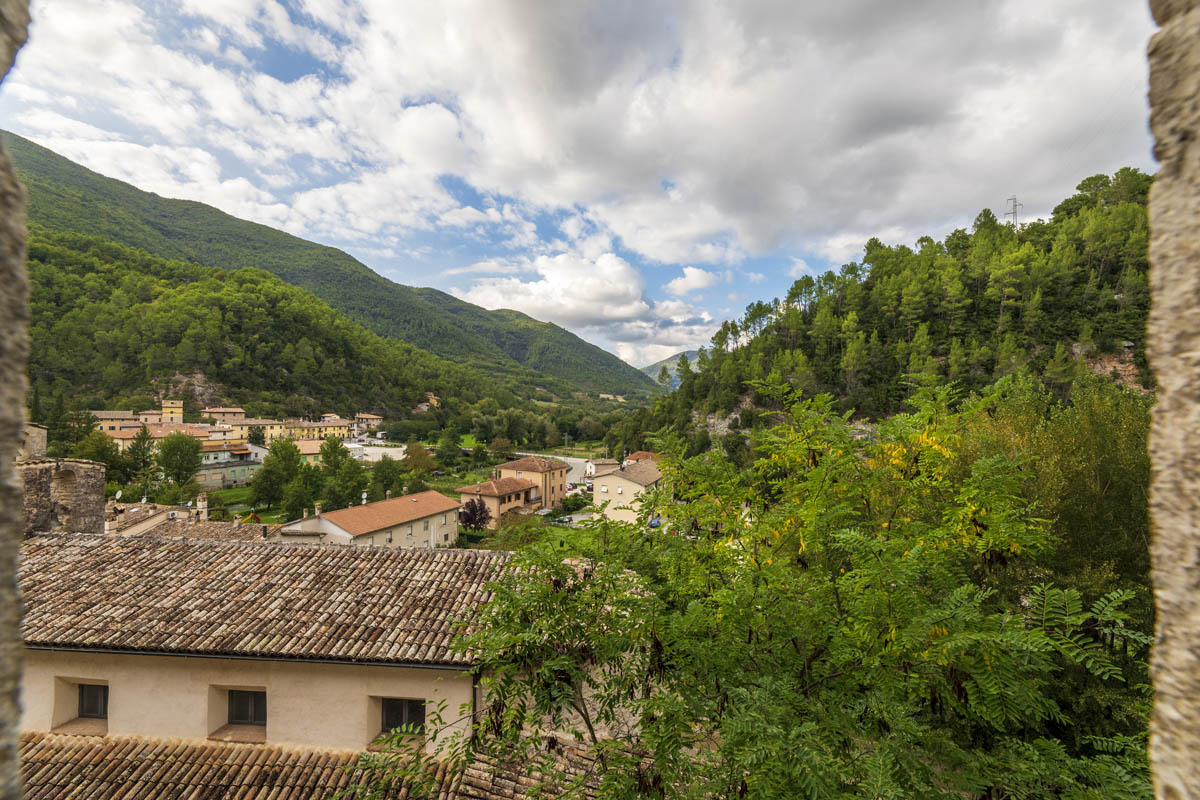 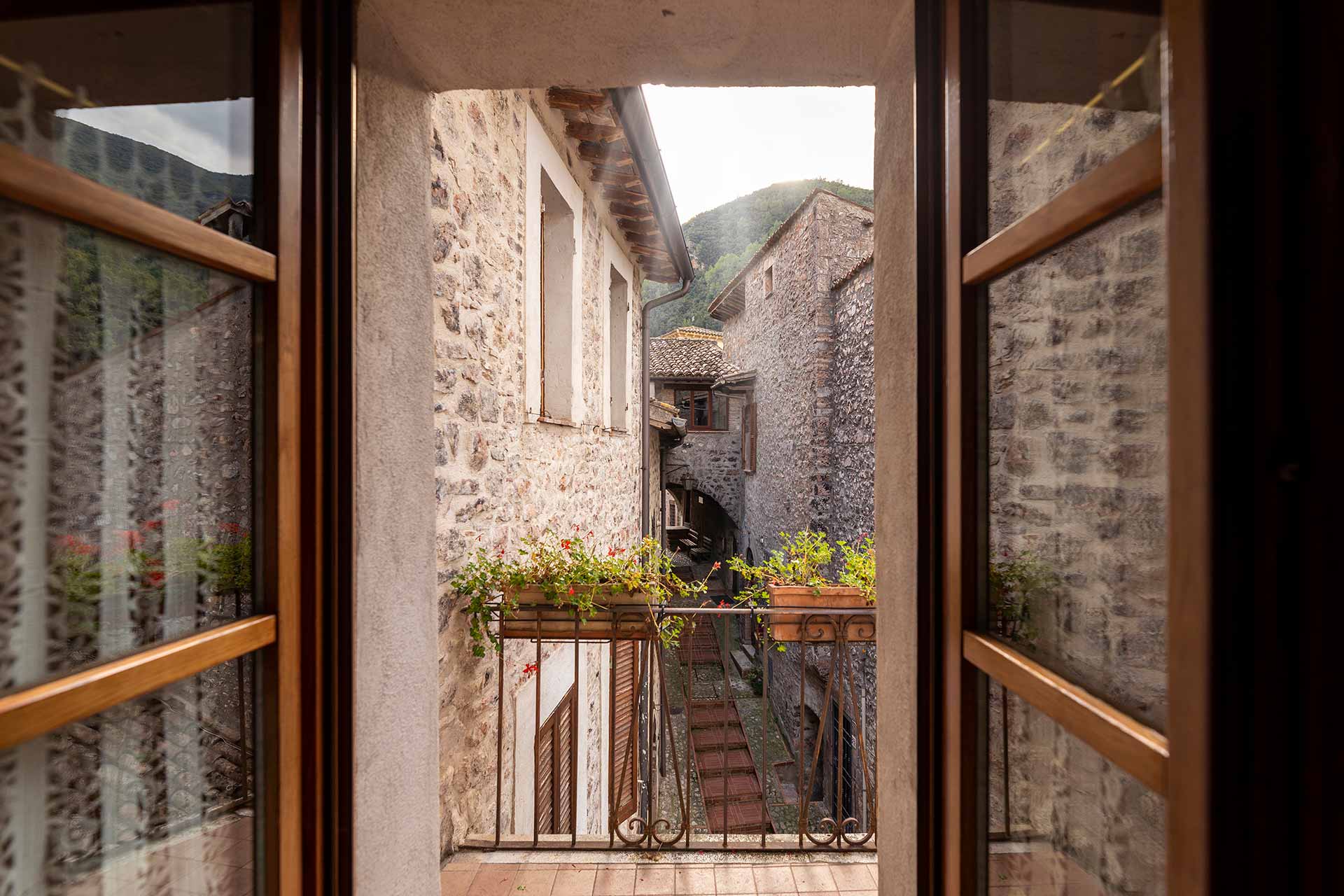 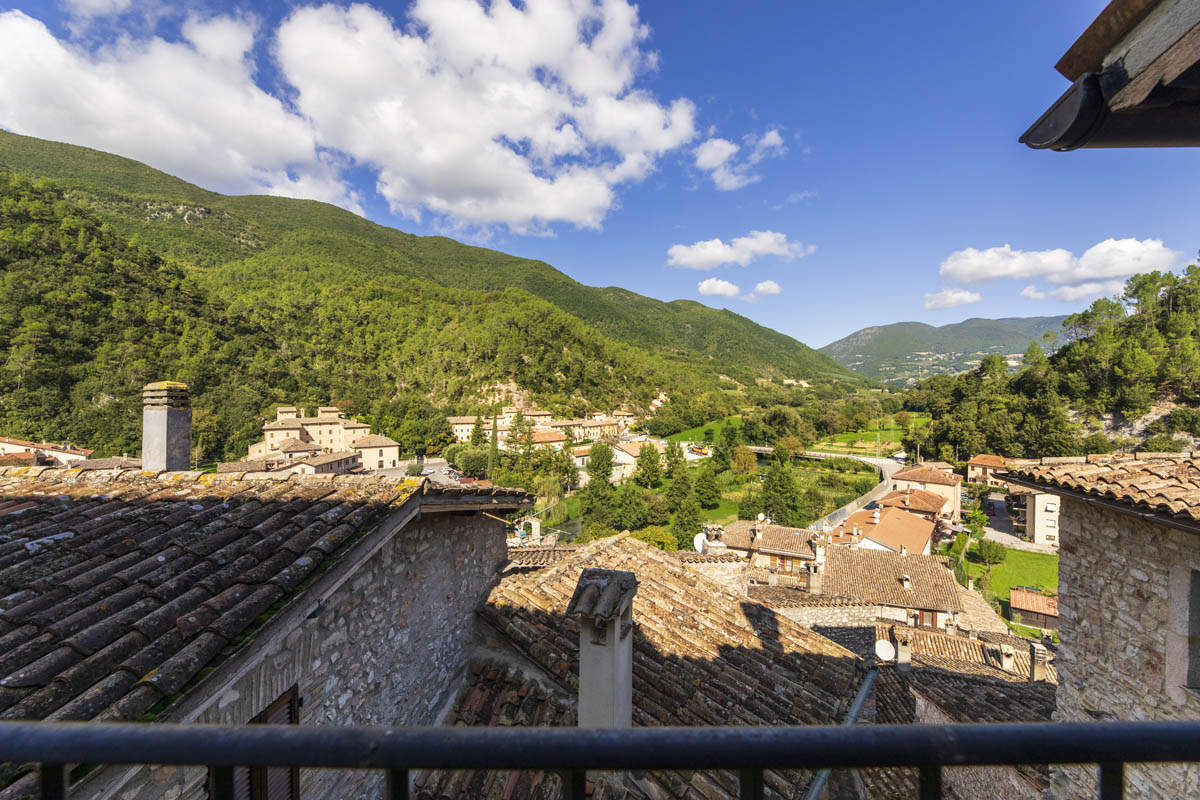 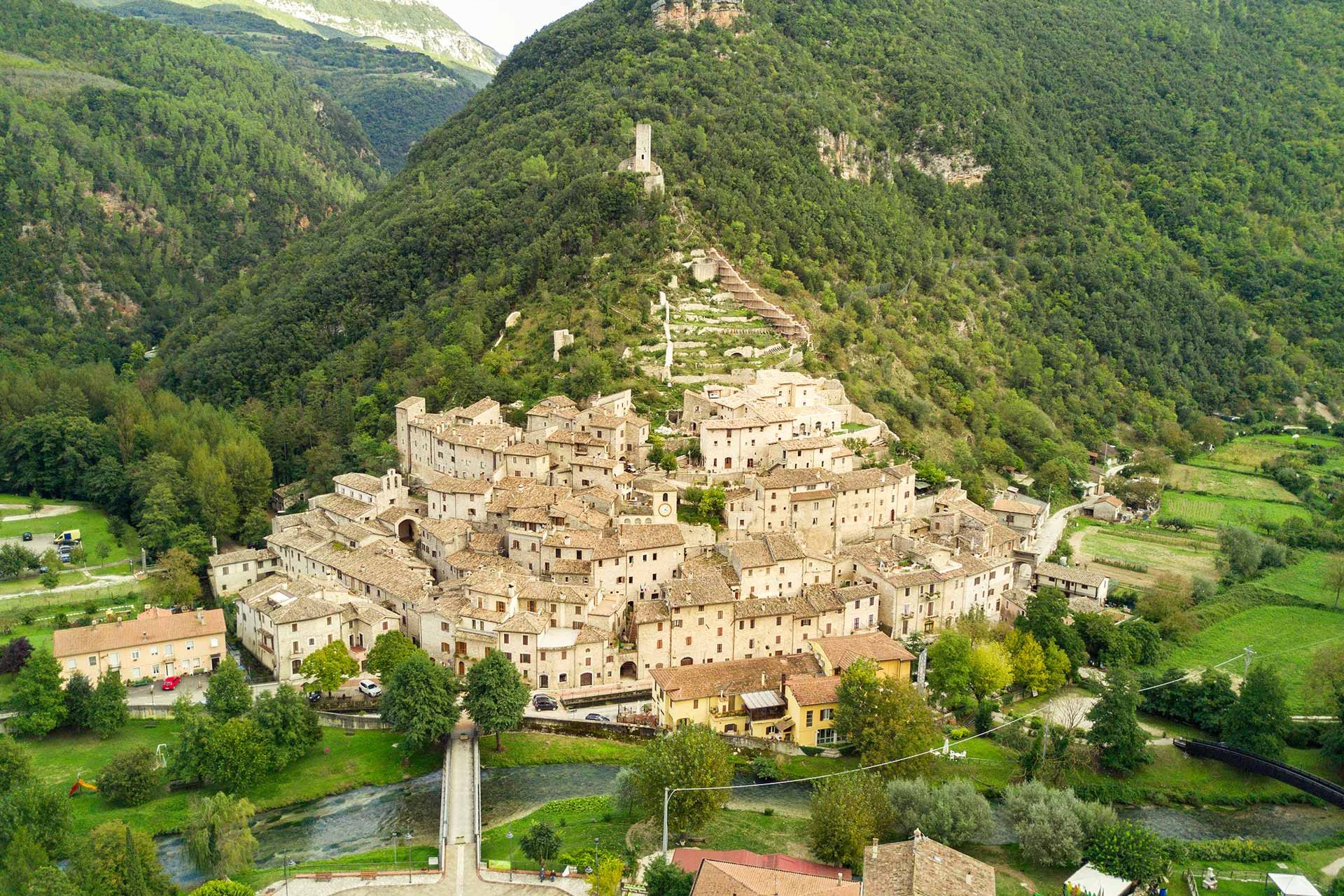 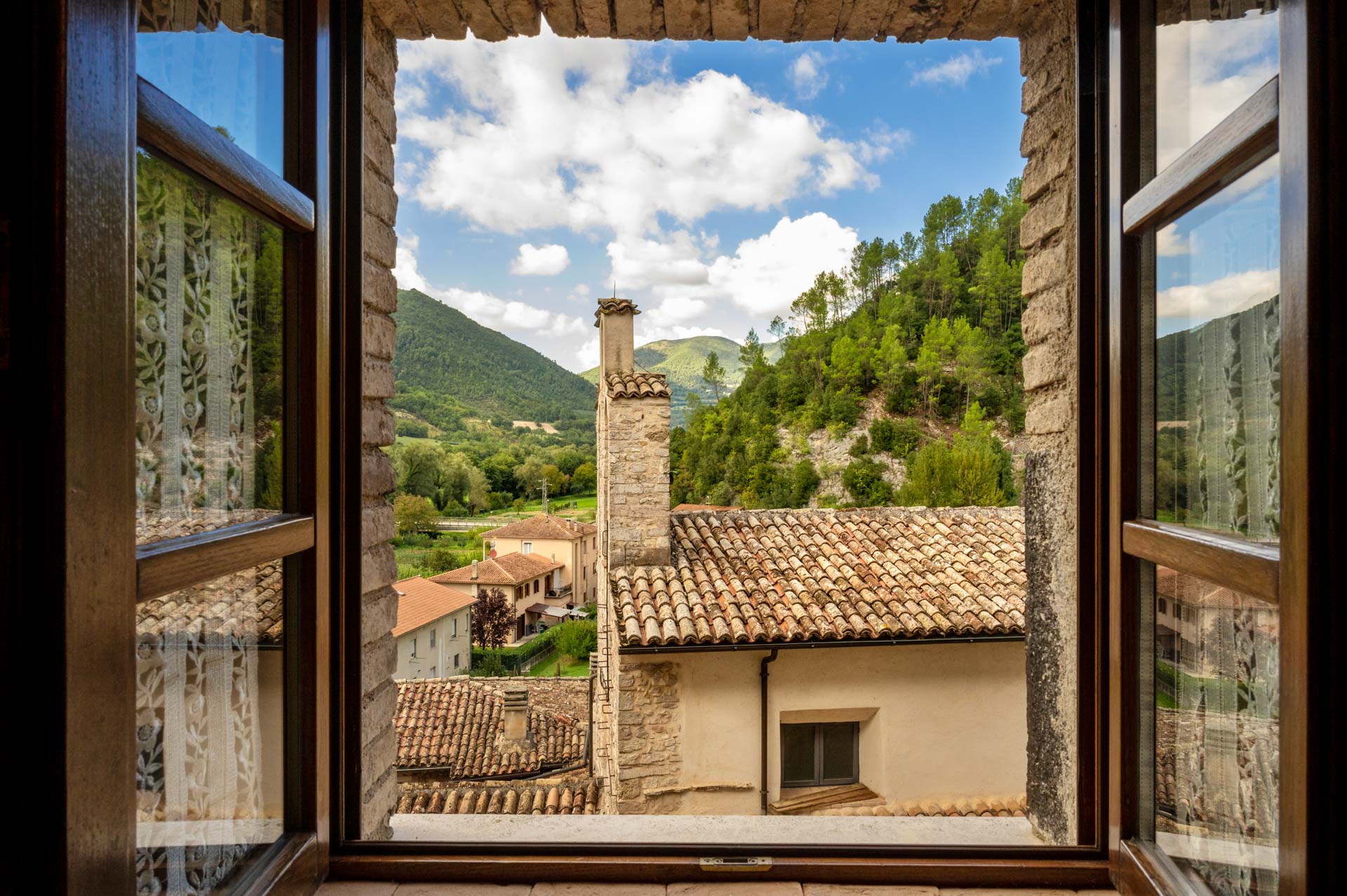 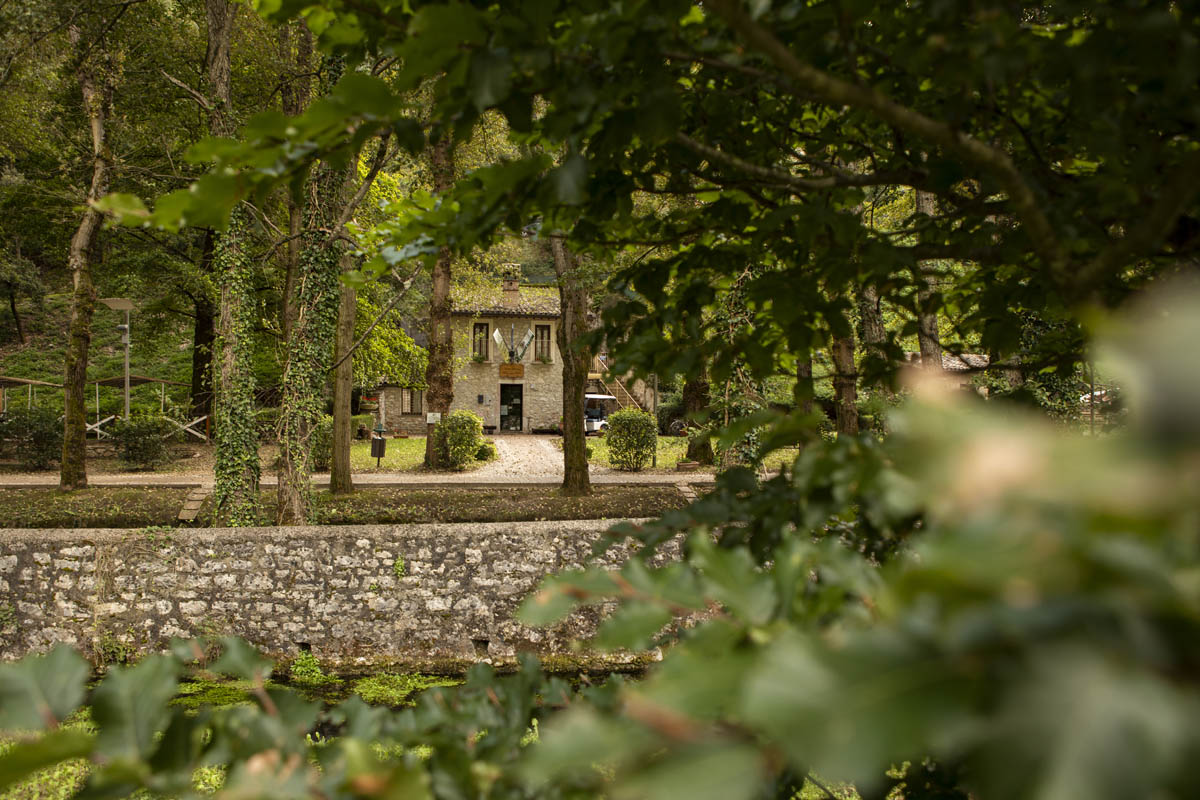 THE RESTORATION OF THE HAMLET OF SCHEGGINO

It is a matter of DNA and energy, which multiplies and binds the generations of the Giannattasio family.
From the recent patents of a revolutionary industrial product such as the new graphene additive, to ecological tourism projects, through a skilful recovery of the medieval past returned to modernity.
Torre del Nera Albergo diffuso & Spa, is nowadays a green dream in the heart of Umbria.

Let’s rewind: the voice is of Gabriele Giannattasio, a long-time traveller and entrepreneur who has imagined a new life in the hamlet of Scheggino.
Torre del Nera Albergo diffuso & Spa, owned by the Giannattasio family, today offers its inhabitants and visitors a contemporary face but preserving the traditions of the ancient hamlet intact.
The houses are all different, forming a kaleidoscope of colours and natural scents.
Colours and scents tell the story, together with his intuition, that could only be born in Italy, in the farsighted path of a family of entrepreneurs.

The adventure begins with the ancestor Gabriele Giannattasio, founder and owner since 1967 of Iterchimica, a Bergamo based company, a market leader of additives for asphalts.
The experience in the tourism sector began in the seventies as the builder of the first two hotels in Livigno.
About ten years later, it was the turn of a “camp”, spotting the right place, while flying at low altitude among the clearings of the Amazon.
Instead, at the Archipelago of Los Roques, he still goes back to his posada: the journey continues.

The “discovery” of Scheggino dates back to about twenty years ago.
“I happened to be there almost by chance, during a business trip. I can remember a crazy and fantastic natural scenario, a village and a destroyed and depressed territory, which, in my opinion, could come back to life. Today guests find a second home here, and the surrounding landscape does the rest”.
The philosophy that guided the redevelopment of the hamlet belongs to Gabriele Giannattasio.
The place was reconstructed taking inspiration from the principles of the original eco-sustainable architecture, and designed for an Italian and international clientele, who want to get in touch with the most authentic aspects of the area, without giving up on current trends in hôtellerie, including the Spa.

“Coming here does not just mean having the advantage of an ideal base, to discover the wonders of Umbria”. It means to find yourself and realise that it is possible to follow a different life balance.
Without cars and walking among the cobblestones, Torre del Nera Albergo diffuso & Spa means a place in the heart of the Giannatasio family.
This place is shared with the three children to whom the management and development of the structure has been left.
To welcome the guests and manage the Albergo Diffuso there are trusted collaborators, who come from the community and territory, and know its history.
Our future project, is it already written?
Maybe we will need another trip or a new adventure. It might happen that “tomorrow we could also decide that we want to retire to the tower of the village, and start farming in the fields near the river”.

The magic of Umbria

Bedrooms and apartments among the lanes of the ancient hamlet, to treat yourself with a unique stay, within a timeless setting.

Follow us on our profiles Facebook and Instagram
to discover news and promotions for the new season:
see you at Torre del Nera Albergo Diffuso & Spa!